I have a deep interest in audiovisualization - especially in graphics and applications that allow individuals to interact and play with music and images. DECIBEL is an interactive music project that has grown out of a series of animated audiovisual experiments. While these experiments began as 2D/3D animations and small interactive visualizations (see video below), the project has matured into a immersive, virtual reality music experience.

Music visualizations have existed since music software was developed, and are enjoying renewed interest thanks to the rise of electronic music festivals and the arrival of consumer VR.

Most music visualization experiences are procedurally-generated, with simple and repetitive algorithmically-generated visuals that mostly lack a rich emotional or thematic connection to music. Even existing interactive music visualizations and animated music videos (especially in VR) are still visually rudimentary. Many appear as if they have been designed by developers rather than artists – because they have been. I want to push interactive music visualization further, and bridge the gap between real-time interaction, generative visuals, and predesigned graphics.

True visual experiences conceived for specific pieces of music, created collaboratively with musicians, will result in true art: beautiful, pieces of design that will attract fans of music, VR, and animation alike.

My aim is to create compelling, animated audiovisual experiences that allow users to listen and interact with their music in novel and unprecedented ways. Ultimately, my goal is to explore the way in which people enjoy music and visual art.

Concept - User interacting with a landscape brought to life by sound.

With my work so far on DECIBEL, I applied to the WeWork Creator Awards this past year and was awarded an Incubate Award and $18,000 in funding, which will help complete the proof-of-concept in the next several months. 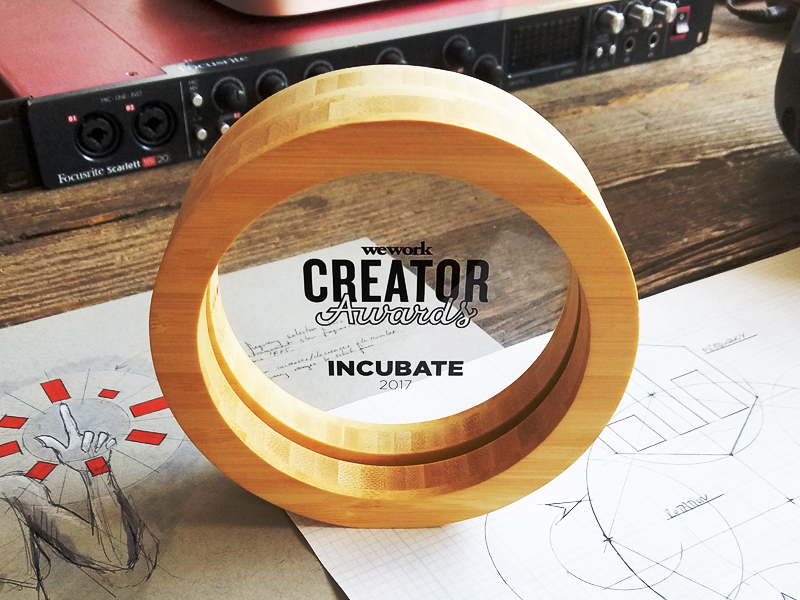